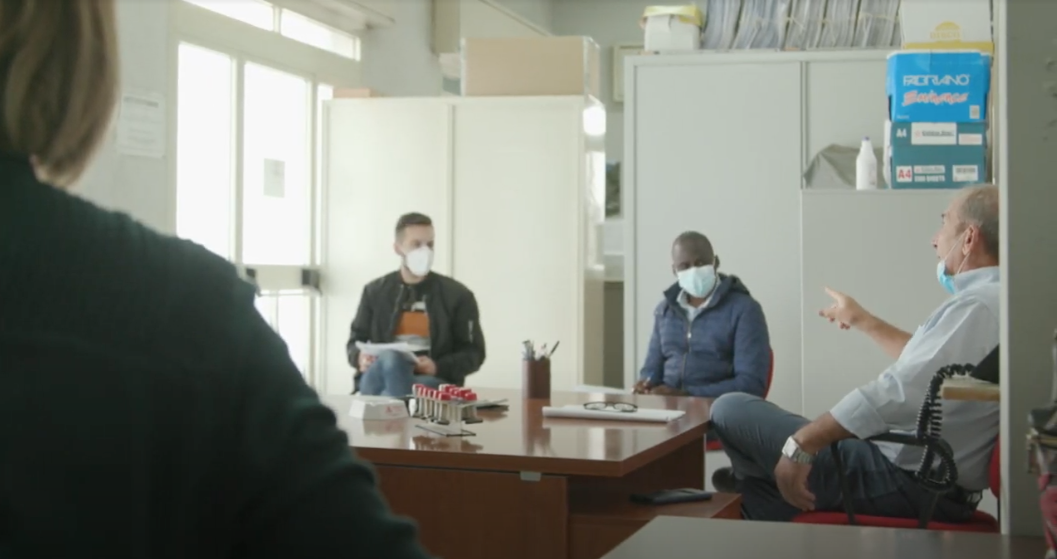 From 20th October to 11th November, Comune dei Popoli went on to complete another important part of the project in the area of Syracuse: training sessions with the staff and public office workers.

The first meeting was held at the office of the municipal police in the district Santa Lucia of Syracuse, one of the districts of the city with the highest concentration of foreign citizens. Among the functions of this office are the activities of ascertaining the residence and housing eligibility of citizens, thus maintaining a close connection with the registry office. The critical issue that emerged from our meeting in terms of facilitation and access to services is that of the forms: they are only provided in Italian and not in English or French, which is often an obstacle. It also emerged that it could be useful, both for the operator and for the user, to increase language skills and to deepen training in intercultural, communication and empathy approaches.

Meeting with the office workers in the district of Cassibile

The second meeting was held on 30th October 2020 at the registry, tax and demography office in Cassibile, in the province of Syracuse. The users of this office are also foreign citizens, mainly of Moroccan and Sudanese nationality. Families now resident in the territory of Cassibile form these communities. The needs that emerged during the information meeting concern training (in addition to communication and empathy) also on internal communication and strategies to increase synergy between pubblic offices; on cultural elements of the countries of origin of the users; on immigration regulations. During other meetings in the area of Syracuse, other needs emerged concerning the inclusion of migrant citizens in the territory and in the social structure, as well as some critical points to be overcome. Among the latter were language difficulties, but also problems in filling in forms and applications. Among the needs are the provision of language support at public desks and the creation of a monitoring system to understand who accesses services and how.