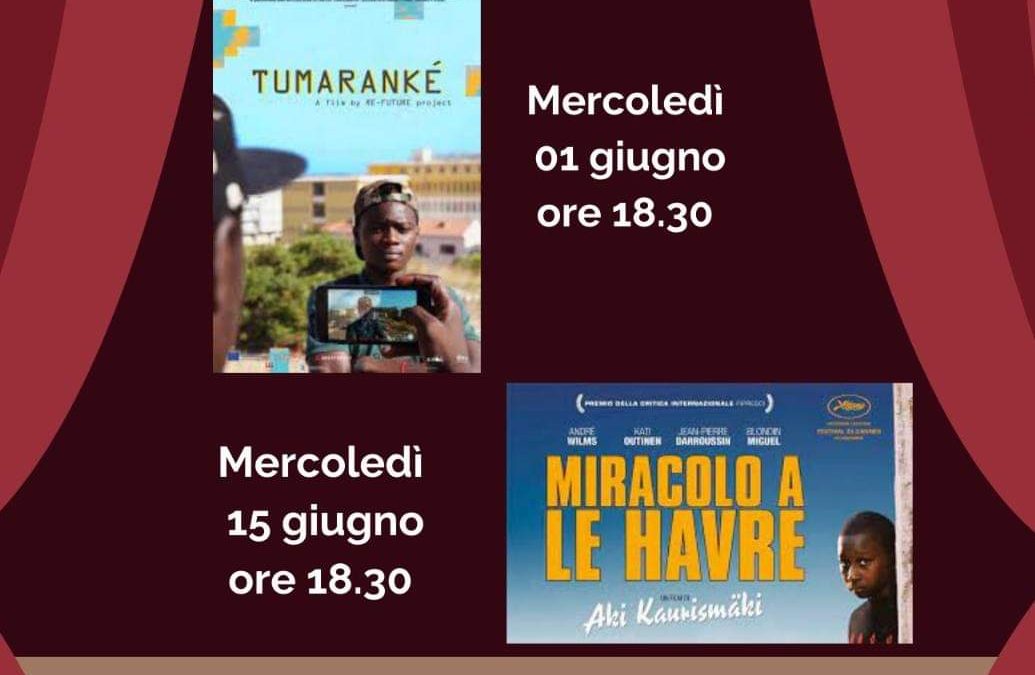 We are pleased to present and invite you to the cineforum that will be held at the Polo Comune dei Popoli in Via Minniti 4 in Ortigia on Wednesday 1 June and Wednesday 15 June 2022.

Wednesday 1 June will see the screening of Tumarankè, a film for which around 40 young migrants have been involved in an image education and filmaking workshop, aimed at raising awareness and stimulating their gaze on reality in order to learn how to express themselves and get involved, using the tool in their pockets, the smartphone, in a more conscious way. Tumaranké is a word from the Bambara language that defines “one who sets out on a journey in search of a better future”. The young ‘travellers’ are the protagonists of this documentary. They are minors, alone and recently arrived in Italy. After a year-long image education and visualstorytelling workshop, through the lens of their smartphones they tell their stories and film reality from their very personal point of view. What emerges is a cross-section of their life in Italy, the community where they live, their new friendships, dreams, frailties, moments of loneliness, and then their integration in a new country where day after day, while they learn a language, they discover and make us discover a culture of possible inclusion, thus laying the foundations for a common future. It is called Re-Future and already in its name it declares a horizon of action, to work today with the future of refugees in mind, to lay the foundations for the welcoming and transcultural society of tomorrow. The project is dedicated to the most vulnerable group of migrants, unaccompanied minors, and is the result of a meeting between the creative team of Dugong Films, an audiovisual production company specialised in works that combine artistic research and social themes, and Accoglierete. 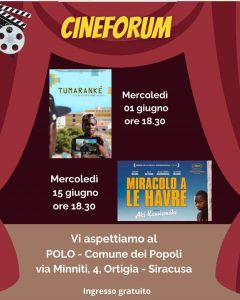 Wednesday 15 June will see the screening of Miracle in Le Havre. The film tells the story of a shoeshine boy who tries to rescue an African boy who has illegally immigrated to the French port of Le Havre. The main character, Marcel Marx, is a former bohemian writer turned shoe-shiner, married to Arletty. The elderly couple lead a modest life in a poor neighbourhood of Le Havre. One day Marcel meets Idrissa, a black boy who has just arrived from Africa and is wanted by the police because he is an illegal immigrant. He decides to help him and hide him at home until he manages to collect the money needed to pay for the boy’s journey as an illegal immigrant across the Channel to London, to reunite him with his mother. At the same time, the protagonist has to cope with the hospitalisation of his wife, suffering from an illness deemed incurable by the doctors. The protagonist manages to save the African boy from deportation, helped by the solidarity of the neighbourhood and a compliant police commissioner. The whole affair will help the protagonist to become more mature and responsible; moreover, the unexpected recovery of his wife and the success in reuniting the little boy with his mother constitute a double miracle for Marcel and the entire neighbourhood, underlined in the finale by the unusual blossoming of the protagonist’s cherry tree.

Admission to both screenings is free and open to all citizens. We look forward to seeing you!